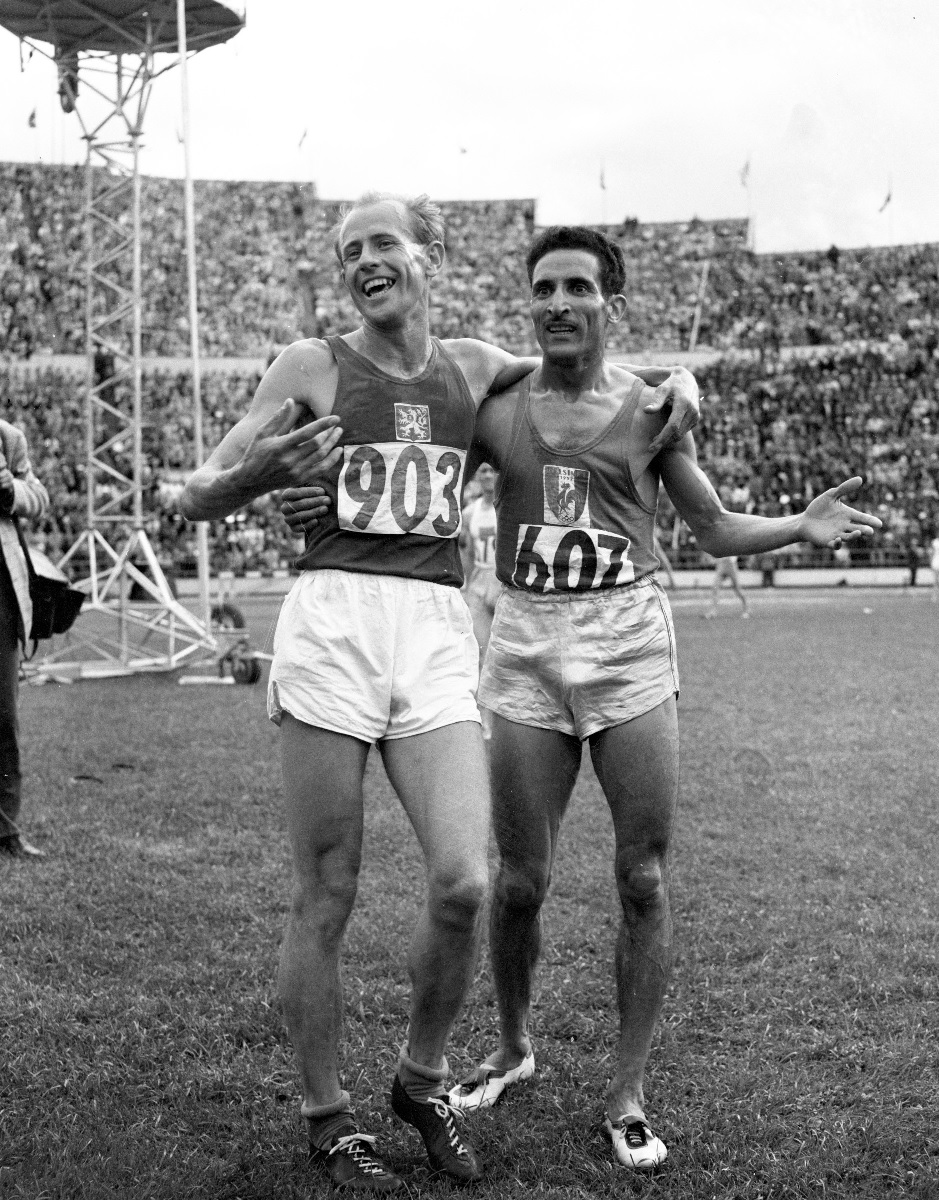 Celebration of European unity in Brussels

The 5k friendship run in pairs

The “5k friendship run, in pairs” is an atypical running event organized in Brussels on July 2nd and created on the occasion of the handover of the presidency of the European Union between France and the Czech Republic.

The European dimension of the event is exceptional on three levels. First, politically, since the French and Czech ambassadors to the European Union, as well as other personalities, will be present. Historically too, it will be an opportunity to relive a unique episode in Olympic history. That of the duel made of sport and friendship between two great Olympic champions, the Czech Emil Zatopek and the French Alain Mimoun. July 2 will also be a reminder of European solidarity since the amounts of the registrations will be donated to the association “People in Need” for its action in Ukraine.

This day will mark in the most beautiful way the passing of the baton between two great European countries while celebrating running, the history of sport, the capital of Europe and friendship between peoples!

Registration is done on site on the day of the race.

Each pair of runners will run 2 laps of 2.5km together, which will add up to 10 kilometers per team. The participants will finish their race in a stadium, the Trois Tilleuls stadium in Watermael-Boitsfort, which also belongs to the great history of sport. It is indeed in this place that in 1954, Emil Zatopek broke the world record for the 10.000 meters by being the first athlete to complete the distance in less than 29 minutes.

A very festive and Czech atmosphere will reign on this event. Czech Olympic athletes such as the 400/800 meters world champion Jarmila Kratochvílová or the pole-vaulter Štěpán Janáček and his wife, elite Polish sprinter, Grazyna Prokopek-Janáčekhave confirmed their participation. Czech beer will also be offered to adults after the race.

For children*, various activities organized by the Czech Olympic Committee are planned. The day will end for some with the screening of a film dedicated to the life of Emil Zatopek and Dana Zatopkova, who would have been 100 years old in 2022, at Bozar, where the Belgian premiere of the film will take place.

The event is limited to 250 pairs, mixed or same gender.

*Children. There will be an activity for children during the race. It will be an initiation to the javelin throw (which will be in foam for the youngest). This activity is a tribute to Dana Zatopkova, wife of Emil Zatopek, who was the Olympic champion in the javelin throw at the Helsinki Olympic Games in 1952. Like her husband, who had won 3 gold medals at these same Games: in the 5,000 meters, 10,000 meters and marathon. 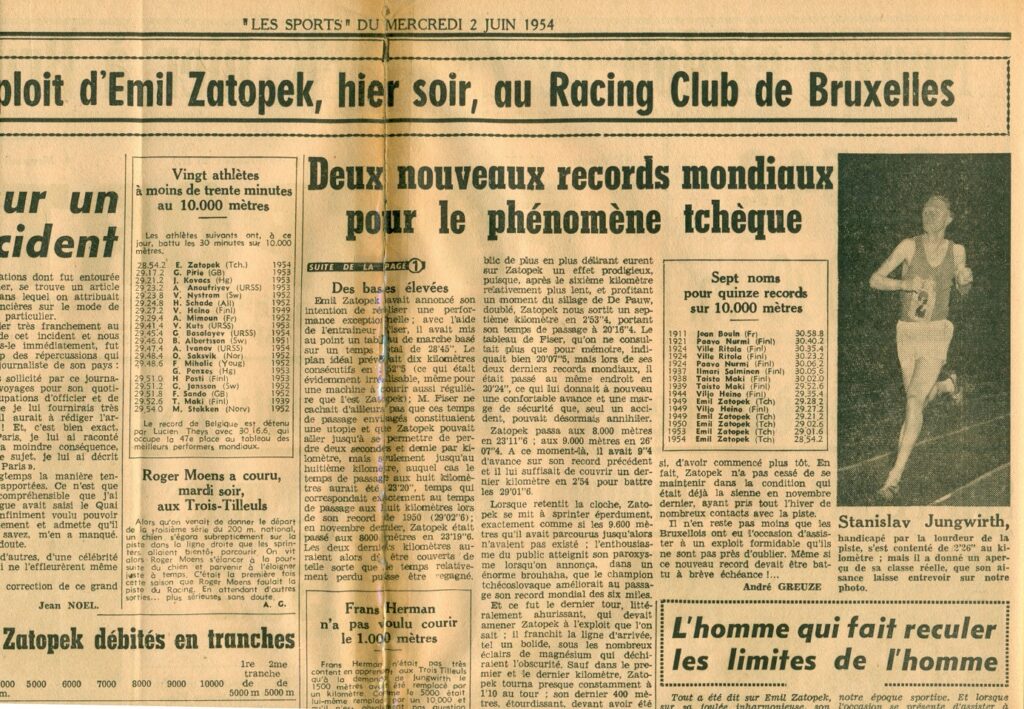 The event is organized by the ASBL Sport et saté with the support of the municipality of Watermael-Boitsfort, the Brussels-Capital Region, Zatopek magazine, the Permanent Representation of the Czech Republic to the EU, the Czech Centre in Brussels, the Czech Olympic Committee and CzechTourism. 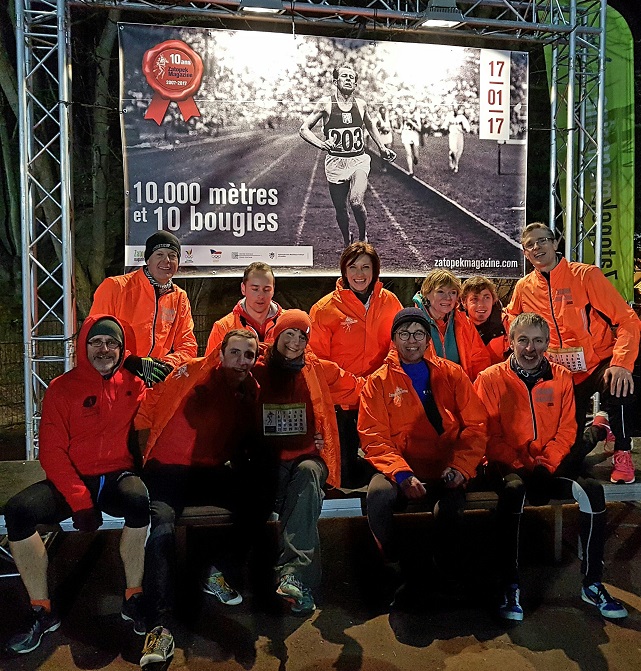 Photo taken on January 17, 2017 at the Trois Tilleuls Stadium during the 10-year anniversary of Zatopek magazine and the revival of Emil Zatopek’s world record with nearly 200 runners-relayers. Find all the photos of the event via this link.